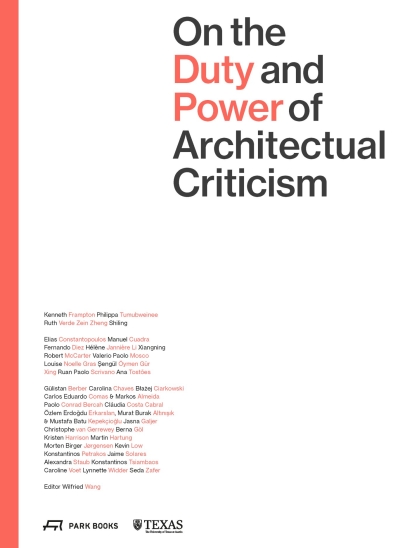 On the Duty and Power of Architectural Criticism

Should architectural criticism be enlightening? Should it help in the creation of a better built environment? Is there a factual basis to it? Does it have a duty to present evidence in the evaluation of a building? Or should it take on what architects say about their designs? In the context of a flat internet, should architectural criticism be able to define best practices? Does it wield the power over who is in and who is out?

Incisive and thought-provoking, On the Duty and Power of Architectural Criticism provides concrete case studies for future generations of architectural critics.

Wilfried Wang is an architect, critic, historian, and the O’Neil Ford Centennial Professor in Architecture at the University of Texas at Austin. He is also founding principal of Berlin-based architecture and planning firm Hoidn Wang Partner.